Doug Wilson and the “Gaylag Archipelago” 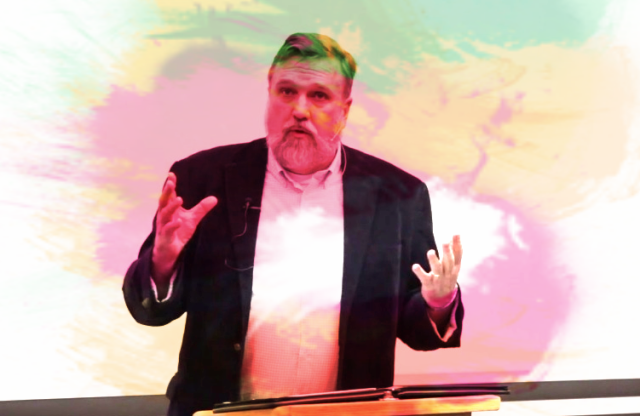 HA note: The following is reprinted with permission from Libby Anne’s blog Love Joy Feminism. It was originally published on Patheos on May 19, 2014.

When a federal judge struck down Idaho’s gay marriage ban last week, fellow blogger Kathryn Elizabeth tweeted the news at Christian pastor and author Douglas Wilson. Wilson is well known for his anti-gay views, and he and Kathryn Elizabeth have sparred over the issue before. Wilson’s response won’t be a surprise to anyone familiar with his work, but it illustrates a problem among religious opponents of LGBTQ rights.

Yes, you read that right—Wilson is worried about being sent off to “Gaylag Archipelago.” But don’t let the obvious hyperbole lead you to miss the point—it is mainstream within evangelicalism today to speak of being “persecuted” or “hated” for being anti-gay. A WORLD magazine article titled “‘Haters’ and the Hated” made this point last year:

Moved out of theism into atheism on January 1, 2016.
View all posts by sheila0405 →
This entry was posted in Uncategorized. Bookmark the permalink.

Not Your Mission Field

what the hell has happened?

Stuff That Needs To Be Said

"Seek out argument & disputation for their own sake; the grave will supply plenty of time for silence." - Christopher Hitchens

“There is only one thing a philosopher can be relied upon to do, and that is to contradict other philosophers” – William James

Picking up the shattered glass of fundamentalism

I Love You but You're Going to Hell

Awkward Conversations about School and Society

Signs you are a Sheltered Evangelical