How Important are ‘Correct Beliefs’ to God?

Wow. This is so very well written!

Many believers think people who claim to be Christian but stray too far from ‘correct beliefs’ are not Christian at all. And the corollary is that they are going to hell—just for not getting their beliefs right!

I used to think much the same way. I accepted some other denominations as Christians even though I considered them seriously misguided; but others were heretics whose beliefs went far beyond what was acceptable for Christians.

Someone invited two Mormon missionaries to an informal gathering at my Christian college. At the end of the argumentative session a student wished them ‘Godspeed’. I replied, ‘No! I will NOT wish them God-speed!’–because they were the enemy. Their beliefs disqualified them from being Christians. 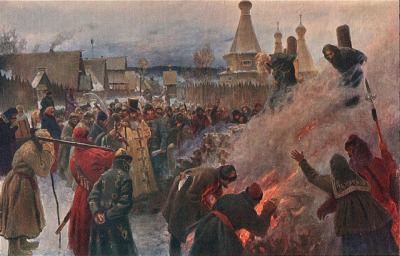 Right beliefs have been important to Christians since early times. The Gnostics had ideas completely incompatible with…

Moved out of theism into atheism on January 1, 2016.
View all posts by sheila0405 →
This entry was posted in Uncategorized. Bookmark the permalink.

3 Responses to How Important are ‘Correct Beliefs’ to God?

Not Your Mission Field

what the hell has happened?

Stuff That Needs To Be Said

"Seek out argument & disputation for their own sake; the grave will supply plenty of time for silence." - Christopher Hitchens

“There is only one thing a philosopher can be relied upon to do, and that is to contradict other philosophers” – William James

Picking up the shattered glass of fundamentalism

I Love You but You're Going to Hell

Awkward Conversations about School and Society

Signs you are a Sheltered Evangelical